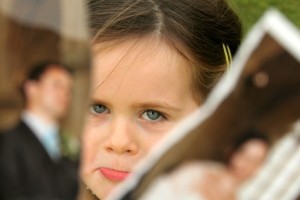 The Aragon case makes it easier for custodial parent (PRP) to relocate with children.
In 1998, the Tennessee legislature enacted a statute (TCA § 36-6-108) addressing the issue of parental relocation, currently defined as moving with the child(ren) to another state, or more than 50 miles away from the other parent in Tennessee. The law applies in situations where a court order is in place which governs the time that each parent can spend with the child. In cases where the parents are not actually spending “substantially equal intervals of time with the child” the burden required to successfully oppose the move is substantial. The statute says:

The phrase “reasonable purpose” has been the basis for controversy in many cases in lower courts. The Tennessee Supreme Court in Aragon (No. M2014-02292-SC-R11-CV – Filed March 16, 2017) specifically overrules many prior court opinions that interpret “reasonable purpose” as a “significant” or “substantial” purpose, and which required the trial court to weigh the purpose of the proposed relocation “against the gravity of the loss of the non-custodial parent’s ability to participate fully in their children’s lives in a more meaningful way.” (citations omitted). The Aragon case states clearly that the statute is intended “to permit the parent who has been spending the majority of the residential parenting time with the child to relocate with the child without court intervention, except in unusual cases in which the other parent proves that the move is vindictive, risks serious harm to the child, or has no reasonable purpose at all.” Unless one of the enumerated factors is proved, no analysis of the child’s best interest is triggered.

This may case of “bad facts making bad law”. Upon reviewing the facts of this case, it is hard to see why the trial court and the Court of Appeals did not allow the father to move away with the child in the first place. Since their divorce, the mother had been working overseas as a contractor, spending several months at a time out of the country. Although she was making between $8,000 and $15,000 per month while she was working, her support payments to the father were sporadic and inconsistent. The father wanted to move from Tennessee to Arizona for better job opportunities and to be nearer to the extended families of both parents. The mother testified that she was considering moving from Tennessee anyway to be nearer to her other child’s father and/or to her current boyfriend.