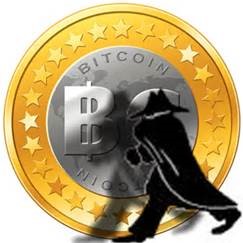 The development of “Bitcoin” has created a new vehicle for hiding liquid assets from one’s future ex-spouse, and for effectively removing significant wealth from the reach of the courts. Bitcoin was created in 2008 and released to the public in 2009. Since then it has become an incredibly popular means of transacting business among folks who don’t necessarily want the rest of the world to know what they are doing. Blockchain is a database that acts as a ledger that records Bitcoin transactions. Current laws, and the technologies required to universally enforce the laws, are usually sufficient to track down most assets as they move from one manifestation to another (stock to cash, cash to gold, etc). But the court’s ability to track digital assets such as Bitcoin lags behind this cutting edge technology, which allows people to anonymously move their wealth from one place to another without leaving paper trail to be followed. This “cryptocurrency” does not exist in the material world. It is not issued by banks or governments or Fortune 500 companies. But it is not hard to acquire. There is a Bitcoin ATM in downtown Memphis.

Charlie McCombie is an author and editor at Coin Telegraph, an online magazine. He wrote in a recent article about Bitcoin and Divorce: “If you buy your Bitcoin in-person in cash, there would be no record or receipt that could tie you to the transaction, so following a paper trail would be impossible. Furthermore, liquidity after the divorce proceedings would be far more simple than trying to sell an expensive piece of art or furniture.” His article goes on to warn anyone that getting caught hiding assets, using Bitcoin or any other method, can have dire consequences.

In the early days of loyalty programs, lots of lawyers didn’t bother looking for “reward points” from credit cards and airlines when they were identifying marital assets to be divided in a divorce. In many cases, people had accumulated point worth thousands of dollars in airline tickets and other valuable services and assets. Eventually, almost all standard discovery requests included mention these assets. It is important not to make a similar mistake with cybercurrency.

A big part of the job of a Family Law attorney is to know what to look for, and where to find it. Our discovery processes have been honed to be very effective in tracking down horded cash, pre-paid liabilities, etc. We are constantly looking for new and effective ways to discover assets, because people who are going through divorce (and many who are not) are constantly looking for ways to hide assets.